“The most beautiful land eyes have ever seen…” – Christopher Columbus

Beyond the sun-kissed beaches and laid-back vacation lifestyle, the Dominican Republic offers a rich and vibrant history connecting Europe with the New World.

In 1492, Christopher Columbus guided his flagship, the Santa Maria, to the North Coast of La Isla Española, a paradise that would come to be known as the Dominican Republic.

By 1496, his brother, Bartolomeo Columbus, founded Santo Domingo – the first official city of the New World and now the capital of this enchanted Caribbean country.

Declared a World Heritage Site by UNESCO in 1990, the capital city’s historic Zona Colonial offers 100 square blocks of historic Spanish-Colonial sites and architecture dating back five centuries. In many ways, the Dominican Republic offers a landscape of contrasts.

Alpine mountains and white-water river rapids. Lush rainforests teeming with wild orchids and bougainvillea. Miles of pristine beaches studded with coconut palms. And the warm, welcoming smiles of the multi-cultural people who call this beautiful country home. It’s no wonder visitors return to the Dominican Republic year after year after year.

On the northern shore of the Dominican Republic stands the enchanting city of Puerto Plata. This well-kept secret is steeped in European and New World history dating back to 1502 when Nicolas de Ovando established a shipping base under the direction of Christopher Columbus.

Stroll past the magnificent Victorian gazebo in the Parque Independencia, and you can sense a time when Puerto Plata was a leading New World trading port and the Fortaleza de San Felipe protected the city from pirate attacks.

The history of this beautiful place is truly multi-cultural. Over 1,000 years ago Arawak Indians walked the amber beaches and hunted in the nearby mountains. Runaway slaves from the Americas often found safe harbor here. And in the 1800s, an influx of farmers from nearby Cuba launched the agricultural era of sugar cane and tobacco which still exists today.

Overlooked for decades, this lovely coastal city is fast becoming a destination of choice of vacationers throughout the world. 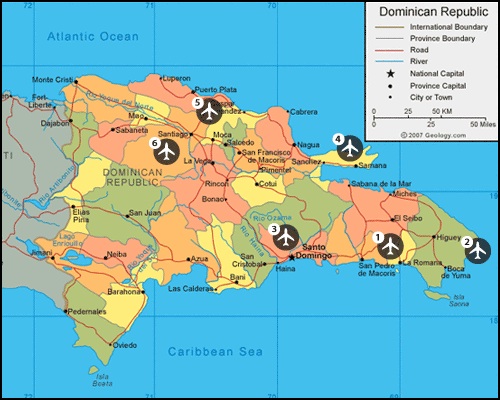